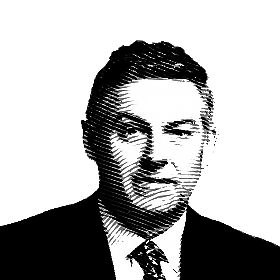 Head of Research
The Super Investor

Does Altium have a margin problem?

At the heart of intelligent systems are electronics and printed circuit boards (PCBs). The people who design them need the best tools available and Altium (ASX:ALU) is at the forefront of meeting that need.

However, Altium’s market update in July focused on revenue rather than profit, leaving the market wondering whether Altium’s discounting to protect revenue growth during COVID conditions will result in earnings disappointment. How serious a problem is this likely to be?

Altium has a rich history, starting out in 1985 as one of the first providers of PCB design tools and over time developing into one of the market leaders. It has over 30 years of continuous R&D in PCB design, with a strong track record in engineering development and engineering excellence. Tasmania is not often thought of as Australia’s Silicon Valley but it is where Altium’s origins can be traced back to, at the University of Tasmania.

Since 1985 Altium has been developing, creating and selling electronic design tools (software and hardware) that help electronics designers harness the latest devices and technologies, manage their projects across broad design ecosystems, and create connected, intelligent designs.

Altium’s main operation centres are now in San Diego (where it is headquartered), Shanghai and Sydney. The company has around 800 employees worldwide.

Altium has been steadily taking market share from its three biggest international competitors – Mentor, Zuken and Cadence – and is now the largest provider with about a 28% share of the PCB design market.

Altium is committed to market leadership in PCB design and achieving double-digit revenue growth each year at 30%+ profit margins, with dividends increasing every year. Management targets a so called “Rule of 50” whereby revenue growth and EBTIDA margin should ideally exceed 50%.

Aram Mirkazemi was appointed CEO in January 2014 and has been at the forefront of CAD software development and web-based technology for over 20 years. He has been a driving force at Altium since the early 1990s, previously holding roles such as Director of Research & Development, Head of Engineering, and Chief Technology Officer. He is also Altium’s largest shareholder, owing about 7.3% of the company.

Altium has an outstanding track record of achieving strong revenue growth at high profit margins (see chart below). In FY19 (end June) revenue grew by 23% to US$171.8m and EBITDA grew by 40% to US$62.7m. The EBITDA margin was a record high 36.5%.

In February 2020 Altium announced solid growth in revenue (+19% year-on-year) and pre-tax profit (+23%) for the six months ended 31 December 2019. However, the result was marred by a higher tax rate and a drop in operating cash flow.

On 22 June 2020 Altium warned that revenue growth was likely to be below the overly bullish analyst consensus forecast because of COVID-19. Altium has been responding to the pandemic by offering attractive pricing and extended payment terms to support its customers.

The CEO stated at the time, “Globally, Altium is aggressively closing sales, with larger deals still in the pipeline, and seat growth is up 7% on the same period last year. However, the pricing strategy adopted in response to COVID-19 for Altium Designer is impacting revenue potential for the full year. We will return to full Altium Designer pricing with no extended payment terms from 1 September 2020.”

On 14 July 2020 Altium provided unaudited revenue numbers for the full year ending 30 June 2020. Altium achieved revenue growth of 10% to US$189m, with solid performances delivered in core business units and key regions during the challenging COVID-19 environment. It represents 9 consecutive years of double-digit revenue growth, although there was a marked deceleration in the second half.

Other highlights included a 14% increase in new Altium Designer seats sold, record growth of 17% in the subscription base to well over 50,000 subscribers, and a cash balance of over US$90m.

The CEO commented, “Altium has not been immune to the uncertainty and the evolving impact of COVID-19, however, as a global high-tech company, geared to work remotely and with a robust and highly adaptable business model, we were able to deliver a strong performance through COVID-19 conditions.

While COVID-19 prevented us from reaching our long standing aspirational goal of $200m in revenue, conditions surrounding COVID-19 have dramatically accelerated our movement towards market dominance and the implementation of our transformative agenda for the industry.

We accelerated the roll-out of our new cloud platform Altium 365 from 1 May 2020 to help engineers to work from anywhere and connect with anyone. It is pleasing to see that Altium 365 is gaining traction with over 2,500 companies and nearly 5,000 active users on the platform already.

We also launched online selling in May to expand reach, and to grow sales capacity to support our climb to 100,000 subscribers by 2025. While early days, our digital sales are gaining traction and in time will allow our transactional sales to fully focus on value-based selling and higher value deals.

At our full year results [due on 17 August 2020], we will share more color on the long-term impact of COVID-19 on the acceleration of our strategy of market dominance and industry transformation. We will also share color about our recurring revenue and pricing model post COVID-19 and based on the impact of Altium 365.”

arAltium is a high quality growth company that should definitely be on investors’ watch lists. However, its share price began to lose momentum as the seriousness of the COVID pandemic became evident. Altium is more exposed to adverse impacts from it than some other tech company (e.g. Appen).

Analysts have revised down their earnings forecasts for Altium and the consensus recommendation is Hold. Analysts worry that the company may have to extend its pricing discounts and extended payment terms beyond the original deadline of 1 September 2020.

Based on the latest consensus earnings forecasts, analysts expect Altium to generate an EPS compound annual growth rate of around 9% over the next 3 years. In other words, they have already downgraded to slightly below Altium’s double-digit growth target, but near-term margin assumptions may still be too high. Altium and its three main competitors are currently competing in a tough market.

At a share price of $34.00, ALU trades on a FY22 PE ratio of 43.6x and a FY22 EV/EBITDA multiple of 26.9x based on the latest consensus earnings forecasts. Those multiples are high and may contract if there are any further earnings downgrades.

Using a simple EPS-discount model with a discount rate of 7.5% and a terminal growth rate assumption of 4.5% p.a., ALU would need to grow its EPS by a CAGR of just over 10% for the next 10 years to justify its current share price. That is not necessarily beyond Altium’s reach but further earnings downgrades are still a risk at this point in time.

Neither The Super Investor nor the author has received [or will receive] any benefit whatsoever from any party at all for the publication of this article.


Register for FREE and get immediate access to Bubs, Xero and more.

Is Bubs the next A2M?
Will Xero continue rising?

Get The 4 Steps To Investing Success FREE!

- How much to invest in each company

- The best companies to invest in

- Big or small: which is best?

- How to time your investments in shares

Register for all our free reports here …