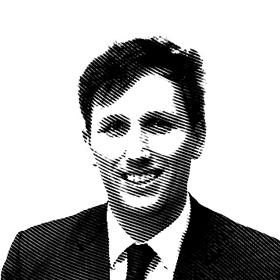 NextDC (ASX:NXT) is Australia’s largest independent data centre operator, with a network of purpose-built data centres across the major capital cities. The company was founded in 2010 by Bevan Slattery, a very successful tech entrepreneur.

Data centres are the hubs of the modern cloud-based economy. They are large halls of air conditioned secure rooms hosting servers that store, process and distribute enormous amounts of information. Almost every interaction we have online, either within a public setting with Google, Facebook or Netflix, or even in private settings such as a company intranet, will lead to data passing through one of these facilities. Approximately 20 billion devices globally are now connected to internet protocol (IP) networks.

Growth in data consumption has been massive, with data use in Australia increasing 30% every year. And as consumers use more data, the companies that provide it need more and more server space and electricity. This has provided a huge benefit for NextDC in recent years.

The industry tailwinds are undeniably strong, but with a market cap of over $5 billion and no earnings generated in the short term as the company continues to reinvest, has NextDC’s valuation got ahead of itself?

NextDC released a solid set of results for the year ending 30 June 2020. Total revenue increased 14% to $205 million, with underlying EBITDA increasing 23% to $104 million. This was in line with consensus expectations.

Contracted utilisation (the amount being used or contracted to be used in future years) was up a very healthy 33%.

The company continues to have negative cash flows as it invests in new facilities but is well placed with a modest net cash balance, available liquidity of $1.2 billion, and property assets of $854 million. This was bolstered by a $672 million placement in April to fund a new Sydney facility and future growth initiatives.

Data centres involve a very large upfront cost to purchase land, construct the building and fit it out to required specifications, much like any commercial property asset. Incremental margins are very high, and at maturity the facility will generate EBITDA margins approaching 75%. The first set of facilities are mostly at capacity, and the second set of facilities are now filling up as well.

Contracted utilisation held steady at 89%, even as significant capacity has come online over the last few years, as shown in the chart below. 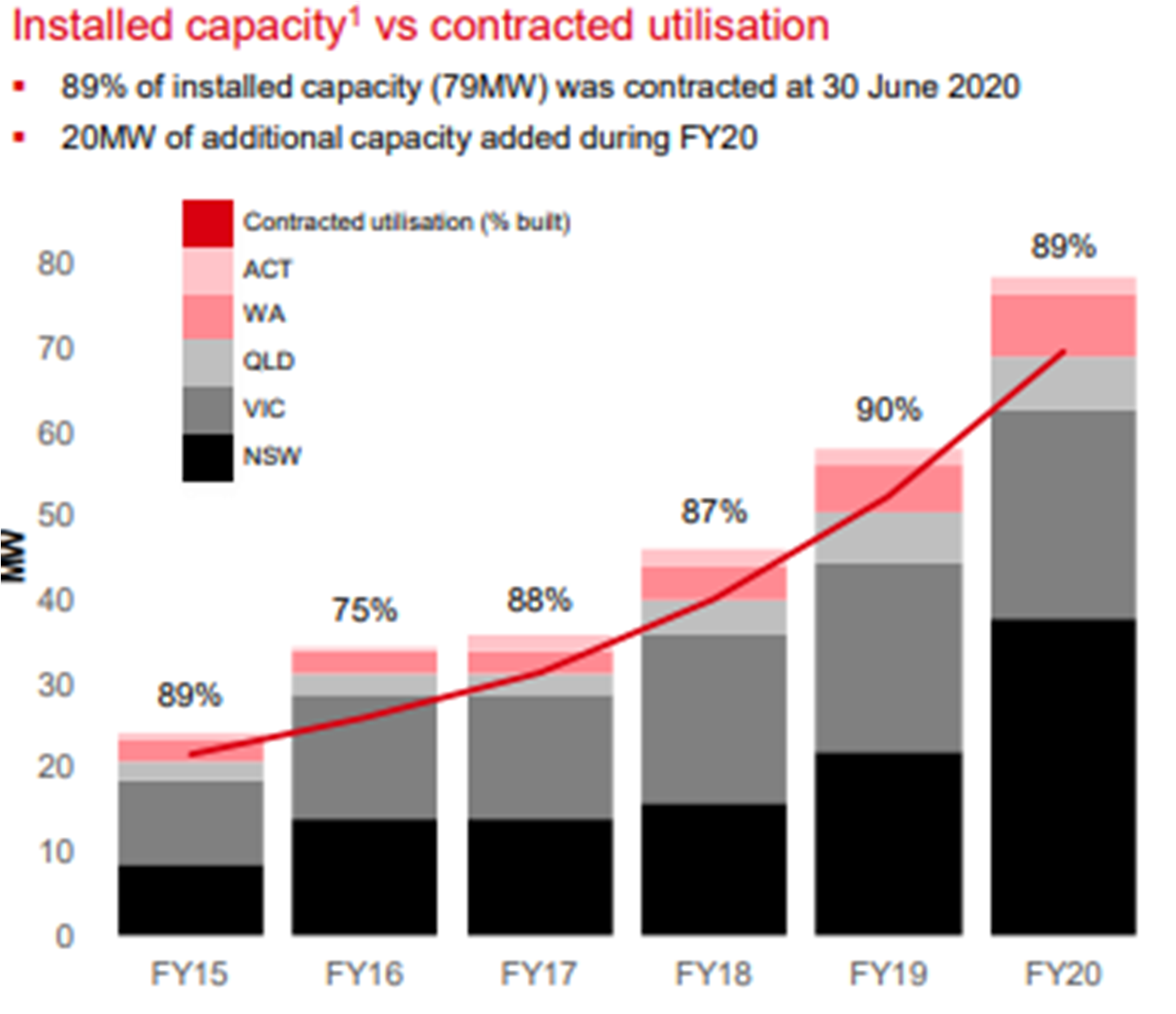 The growth shows no signs of slowing, and NextDC has two new large facilities in the pipeline.

Building works for the S2 Sydney facility have been completed and the M2 facility expansion is ongoing, with planned capacity increased significantly.

During the year, progress was also made on the new greenfield facilities for Sydney and Melbourne. Being the third in each city, they are dubbed S3 and M3 respectively.

The M3 facility was first announced in 2018 and land has just been purchased, highlighting the long lead times. For S3, ground works have now commenced and practical completion in targeted for the start of 2023.

Despite the massive increase in the consumption of data and the need for data centres, pricing has not increased materially as the supply has increased to meet demand. Pricing as measured on a per megawatt basis has been relatively static, with increases on a per square metre basis achieved through higher densities, as shown in the chart below.

NextDC, as well as large international competitors such as Equinix, AirTrunk and Digital Realty, has been building out new facilities, as have many of their customers.

Unlike Software as a Service (SaaS) companies that can leverage their fixed investments in R&D and marketing to a seemingly endless degree, a data centre will eventually become full, and capital needs to be spent to extend the facility or build a new one.

Building a data centre is not easy; it is a specialised skill. But the returns on offer incentivise all industry participants to keep on building new capacity.

New entrants are coming into the space, and the long term risk is that the exceptional returns at some point cause an overbuild and pressure on pricing and returns.

NextDC is among the few ASX-listed companies able to provide comprehensive guidance for 2021, due to the contracted nature of much of its revenue. At the midpoint of the range, the company has guided to 23% revenue growth to $246 million and 22% EBITDA growth to $127.5 million. Both of these numbers are close to analyst expectations so there should not be any material changes to forecasts.

NextDC has been in growth and reinvestment mode from the day it listed. As some facilities start to mature and produce cash, the next one is started and uses up the cash, so reported profit has always been elusive.

Analysts forecast NXT’s EBITDA to continue rising to $227 million in 2023, putting NXT on a 2023 EV/EBITDA multiple of 27 at the current share price of $11.89. The consensus analyst recommendation is Outperform.

On market estimates for what the company would look like once all announced projects are completed, an EV/EBITDA multiple of 22 would be generated (in present value terms).

This looks completely reasonable if you value the company like an infrastructure stock. Given the long term contracts and healthy growth outlook in the medium term this is probably fair at the moment. However, data centres are not a monopoly asset, so in the future any imbalance in supply or demand could send prices lower and materially impact returns.

The trends are still positive at this stage.

NextDC is exhibiting high and predicable growth in revenue but is not expected to produce free cash flow within the next 3 years. The share price trend is still positive but valuation looks relatively full.

Disclosure: The author does NOT hold shares in NXT.

Neither The Super Investor nor the author has received [or will receive] any benefit whatsoever from any party at all for the publication of this article.

Disclaimer: This report is produced for the general information of investors without any regard for any individual person’s needs or objectives. Indeed, this content may not be appropriate for you. Reliance on the information or data is at your own risk. Be sure to seek specific advice from your personal adviser before taking any action.


Become a Member for access to all of our reports.

Get The 4 Steps To Investing Success FREE!

- How much to invest in each company

- The best companies to invest in

- Big or small: which is best?

- How to time your investments in shares

Register for all our free reports here …